Wallflower Photomedia Gallery’s last show for 2014 is sadly closing this Friday – thanks the wonderful Katrin Koenning. This was our third exciting year of exhibitions and events. Stay posted for future expansive developments in 2015. We will continue our online activities over summer and to kick them off we have the promised extended interview with Japanese photographer Keiko Sasaoka who exhibited her project "Remembrance" with WPG in September.

There are a lot of different and interesting locations in your “Remembrance” project. There is of course also many around the devastated Fukushima region. From my understanding this work is about your approach to landscape and photography. What other locations are included? And from what series’ of photographs do they belong?

Japan is an island nation which means inevitably many people live on the coast. The Tohoku Great Earthquake and the tsunami caused by it destroyed many lives of those who dwelled in the vast coastal area. At the same time, many Japanese people not only live by the sea but also on the mountains and this helps to facilitate an appreciation with Mother Nature and all that she provides. I included the places where people live closely with natural environments, and these inhabitants are in awe and accept any consequences that nature brings. It is hard to place my works in one series. I have shot and released photographs of the places where people and nature meet under titles such as  "Volcano" or "Water". Each series interweaves and they resonate with one another, and, at this point in time, one could say the fruition of all my work is "Remembrance". 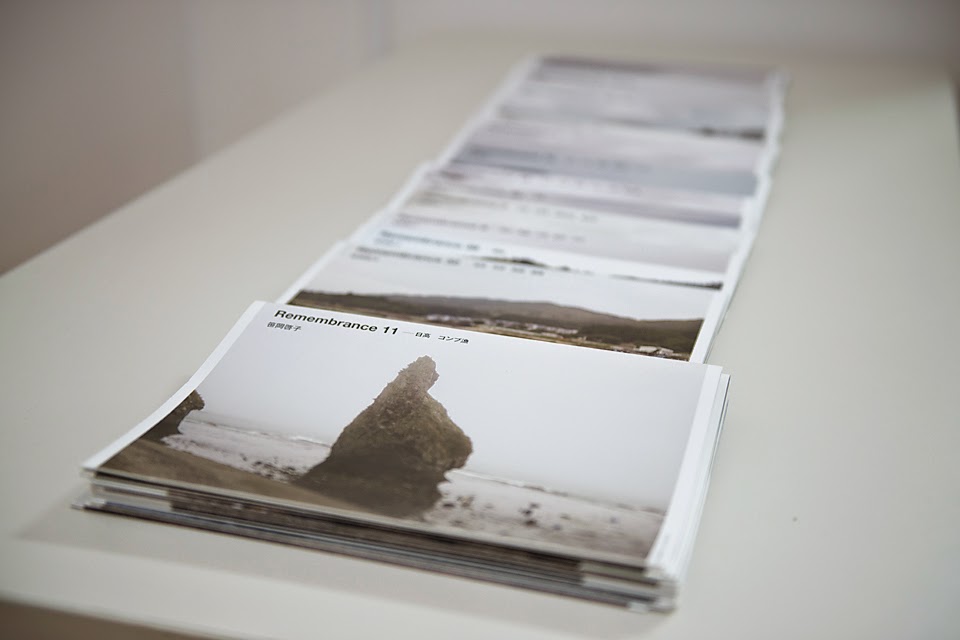 Can you expand on how “Remembrance” ties or connects your other projects together? Also, perhaps importantly, in the series there is one pamphlet that features a classical Japanese scroll painting, can you tell us about the significance of that work?

As I mentioned before, I've been photographing places where people are in touch and coexist with complex yet rich Japanese natural environments. But that doesn't mean these places are undeveloped or untouched by humans. On the contrary, these are the places where one can sense human inhabitance. The featured scroll painting was said to be ordered by the feudal lord in present day Ehime prefecture during the Edo period for the purpose of geographical and natural resource studies which assisted the governance of the area. Over 100 years later, in 2009, I had the opportunity to find the exact locations that feature in the scroll, and photograph those places. Upon visiting these landscapes I discovered that some places were further developed whilst others were abandoned and are now only ruins. That made me aware of the passing of time and how people's lives change and, above all, the greatness and subtlety of nature herself. Tsunami and other natural disasters are constant threats in Japan. That is why many tales of major natural disasters and warnings for the next generation have been passed down from generation to generation by word of mouth in many parts of Japan. I photographed those places in the scroll painting years before the earthquake and tsunami. However, I felt it represented the importance of studying one place for a very long time frame so I decided to include it in "Remembrance". 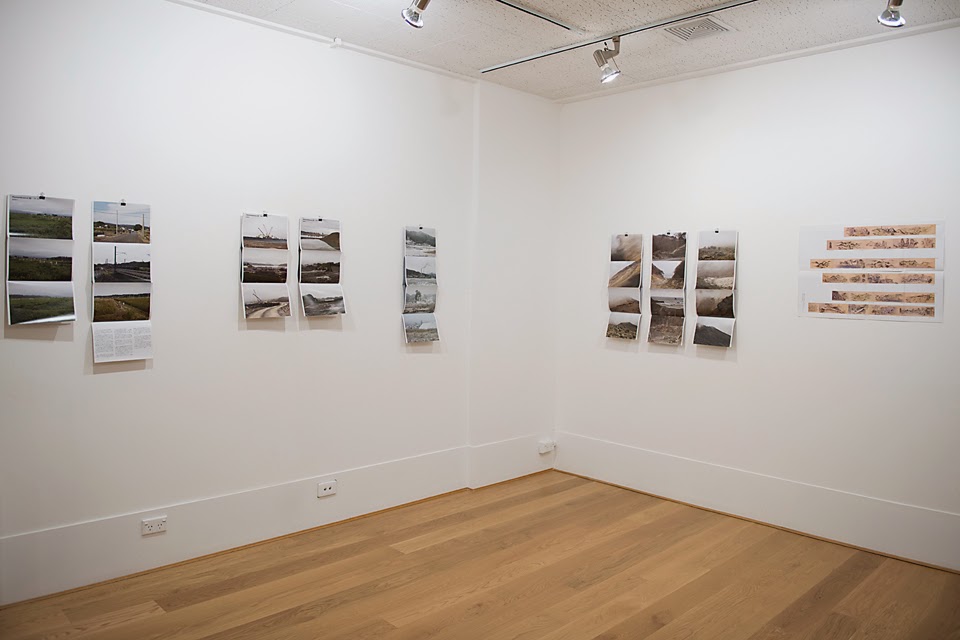 WPG installation image (scroll on far right)
The pamphlet design and layout is very interesting and has had much interest in the gallery. We tried to exhibit the project to emphasise the fact that it is a fold out object. Can you tell us about the design and reasons for using this format?

I wanted to release the photographs as soon as they were taken. So, I thought about the easiest, the most economical way of doing that and, more importantly, a way that allows me to create the layout, packaging and everything else by myself. And that was the solution. At the same time, it was also important that I went for this fold out design rather than your typical photobook or magazine style because it somehow represented that everything is a part of one big picture and symbolized the fact that the disaster is not finished yet.

“Remembrance” contains so many powerful images of Fukushima, how many times have you visited the area?

It is almost impossible to give you the exact number. Right after the tsunami I was going there once every two or three months and spent 10 to 14 days each time travelling along the coast that stretches about 300 km and taking photographs. It is perhaps hard for non-Japanese people to imagine the sheer size of disaster-hit area – it is truly massive. I still visit the region whenever I can.

There are many different views on how trauma impacts land/site. Do you believe it manifests, either physically or as something more felt – a presence perhaps?

Traumatic memories and experiences are a very complex issue. I come from Hiroshima. I have taken photographs of the urban-landscape in Hiroshima for a long time. It's a place full of memories of unimaginable catastrophe. Having taken those photographs, however, I realised that the visual manifestation of any trauma is often difficult to see and highly complex. One can only photograph visible objects. That being said, I also believe photographic art is a media that can trigger viewers' imagination to see what is not visible – like a presence. 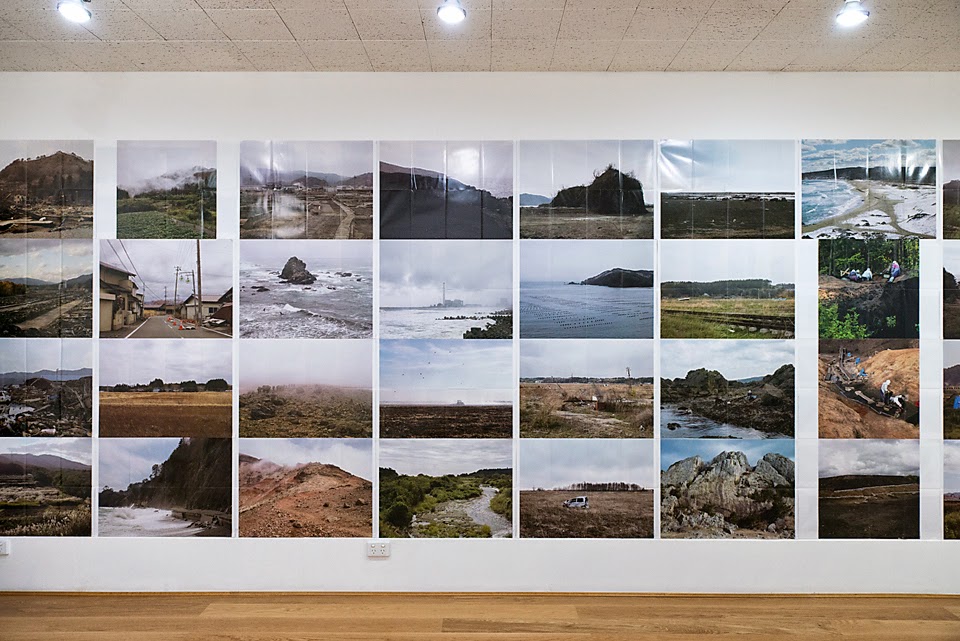 In making this work you chose a language quite removed from common methodologies applied to reporting on sites of trauma; it seems you used a language of 'slowness'. How was your quiet, almost meditative, approach important to communicate “Remembrance”?


When one takes photographs of a certain phenomenon, captions and explanations are often necessary. However, I have tried to remove any extra information besides dates and places. I wanted to avoid forcing my ideas or views on the places and subsequent victims. I believe all great photographs have what I call "silent voices". On the other hand, I have offered short essays about what I felt and thought when I took these photographs in Japanese. I'd like to think that my essays help people listen to the "silent voices" rather than obstruct them.

The work speaks so poignantly about a culture as much as a landscape in transition, and it seems to be as much about holding on as it is about moving on. In a more general sense do you see things improving in the Fukushima area?

It's a difficult issue. The definition of "things improving" in this case is different even within Japan, let alone overseas. What I'd like to observe is the life of people in the area and the relationship these people have with nature. People there used to grow rice and vegetables and lived very peacefully. The lives of those today, whether they moved on and how/if they settled down is a question that needs to be asked individually. The first thing that crosses the minds of the people observing the disaster from a distance, including overseas critics, are radiation-level figures, how highly radioactive debris are handled and things like that that they see in the news. I'm neither one of them nor a victim. All I can say is that the nuclear disaster is far from under control.

A large number of respected Japanese photographers have made work about 3.11. Are there any particular projects that you think stand out?

I don't know about other people's works. After the disaster each photographer asked him/herself and made up his/her mind as to whether they should take or not take photographs in Fukushima. Nothing more, nothing less. I must say, though, I do have a problem with photographs that portray the disaster-hit area naively and somehow over personalise it. 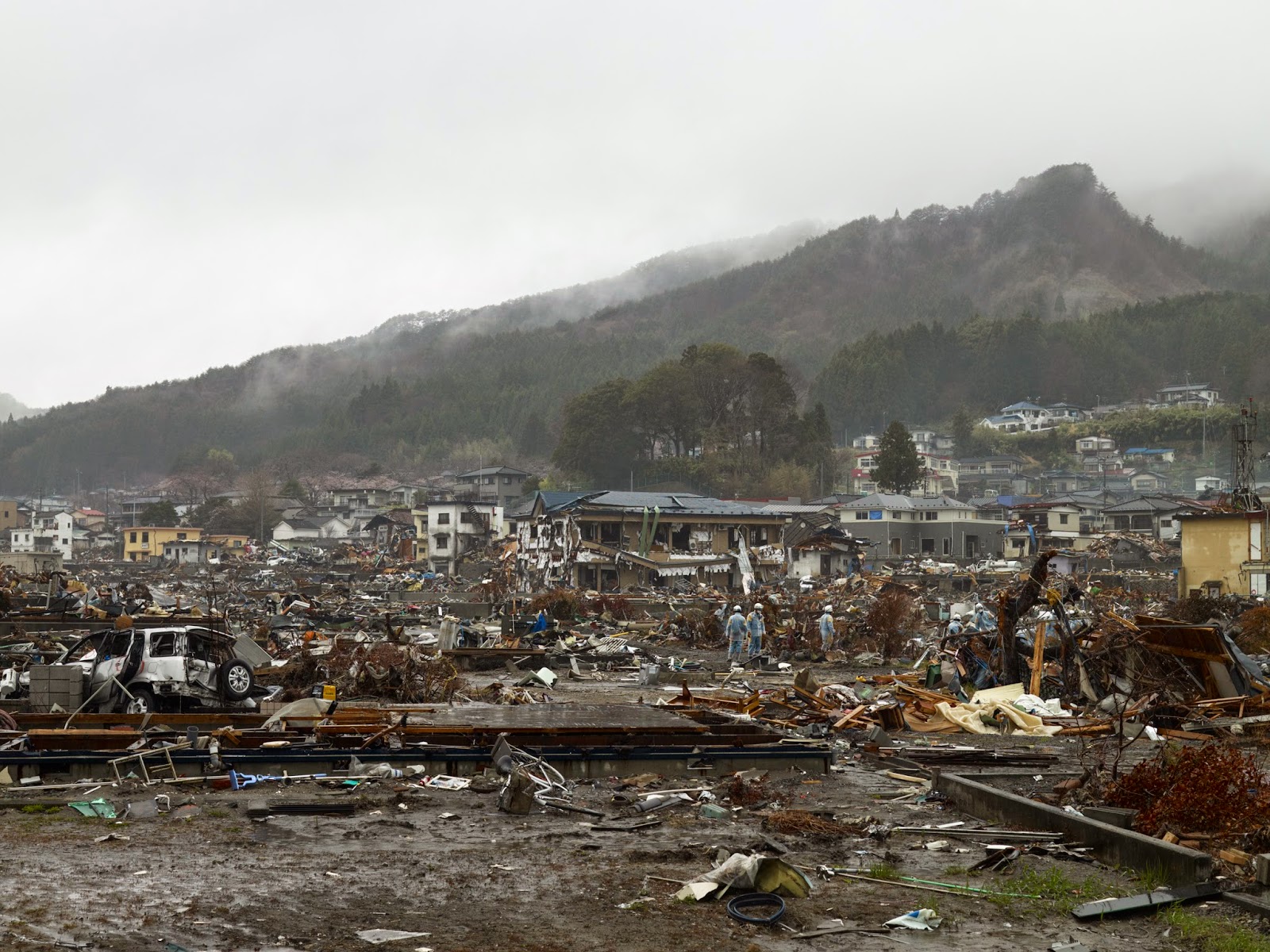 We started "photographers' gallery" as a place that supports photographers and assists with ongoing projects. Public funding and support are notoriously low in Japan. So, in order to support one another, we, as a group, needed to open a place that is flexible and helpful. As for the latest info, the gallery's magazine "photographers' gallery press" new issue (no. 12) will be released shortly. I was the editor of this issue which deals with Hiroshima A-bomb photographs.

As with all our interviews, we ask photographers to suggest a soundtrack for their project. What track, album or artist would you suggest? Something that may inspire you or give further insight to the photographs?

As I said before, I believe great photographs have "silent voices". I believe a soundtrack is unnecessary as the voice one has to catch is very subtle. I would like people see my works in silence to catch that silent voice.
Posted by Wallflower Photomedia Gallery at 17:27