Martin Brink is presently showing in the Projection Space as part of the exhibition “View from the Window”. This interview was made while deciding on what to exhibit and how through emails between Sweden and Mildura (affectionately know as “The Yabba”).

Can you tell us a little about how you came to photography and about the scene in Sweden?

I took a short course in photography in school. It was the usual: learning the basics of a manual camera, shooting film, developing and printing in the darkroom. At the time I didn’t have a huge interest and I didn’t like the darkroom. The interest developed and started to grow during the years after, although I never returned to the darkroom. The computer felt more like a natural darkroom to me. I also assisted a commercial photographer now and then during a two-year period.

Regarding the photo scene in Sweden, personally I’m more and more interested in good work, whether it’s different types of photography or other mediums. I’d say the photo scene here is quite narrow and a bit centred around documentary work by older photographers: Strömholm, Petersen, etc. 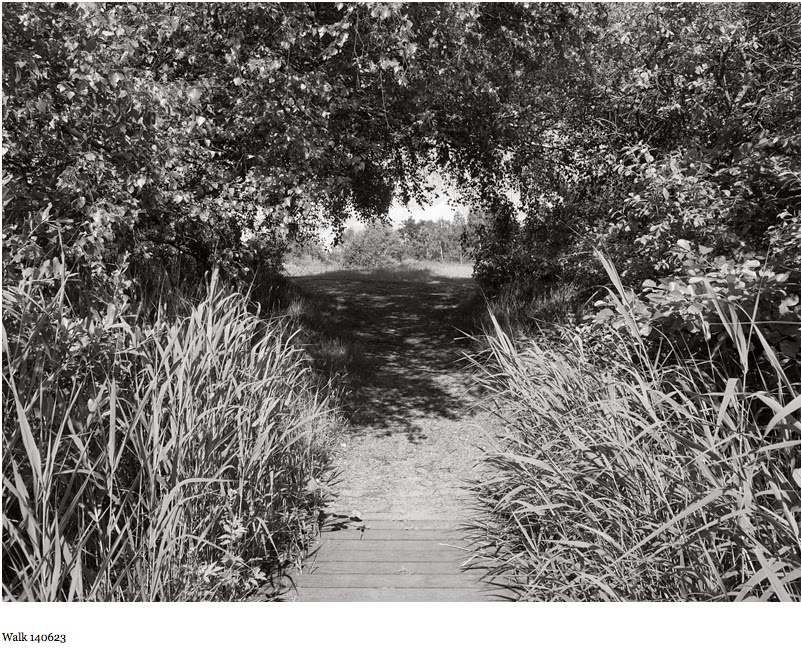 Leading up to the occasion of featuring your work in the exhibition “View from the Window” I certainly want to talk about your practice but I must also ask about The Digital Photobook blog. It is an immense online resource, honestly, I didn’t know that that many photobooks were available digitally. I often get overwhelmed in good bookstores but I also got the same feeling looking at all the available online content on your blog – I must admit I felt a little in the dark and unawares. You no longer run the blog but it is still out there for all to use for research. I understand it must have been a huge amount of work. What initially inspired you to start the project and how do you feel about it now?

Thanks for the kind words. What inspired me to start TDP (The Digital Photobook) was basically to show what was out there. I felt and still feel that there’s a huge focus on the photobook (physical) in photography. I love them too, but sometimes it almost feels like the books are more important than the actual work, which can lead to less impressive and interesting work/books. With the TDP I wanted to offer an alternative view. In the beginning I didn’t know a lot about how many digital projects were out there, but I found more and more after research, and after people discovered the blog and started e-mailing me.

Like you say, TDP was a lot of work and sadly these projects don’t get much support, although they might be valuable to some people. The main reason for quitting was to focus more on my own work, and my goal with the TDP wasn’t to become an expert or critic on the subject. Although I did that to an extent, I’m not sure we need more authorities telling us what’s great photography or a great photobook, how to handle our careers or how to pursue a project. Basically, I’ve become more interested in making work than discussing, talking or writing about it. 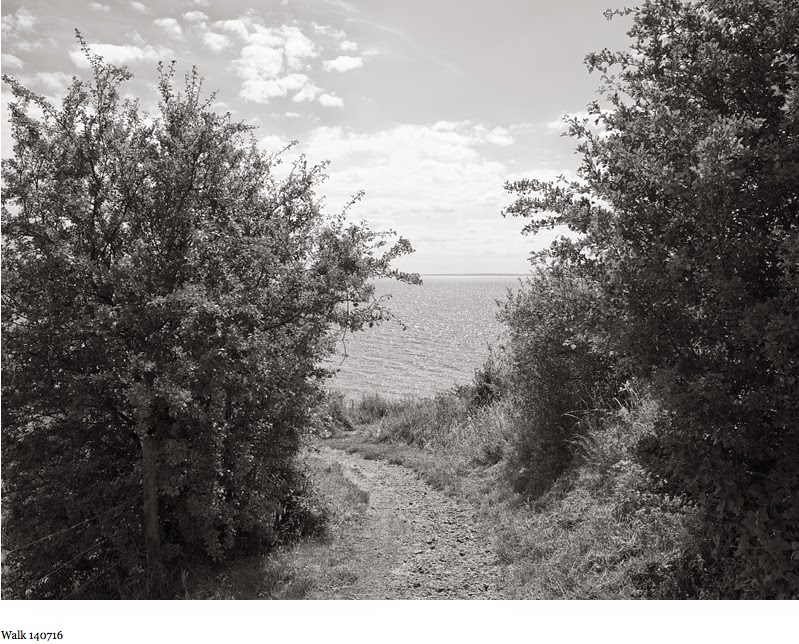 I would like to discuss two bodies of work first that I think are linked by quotes below and could link your practice overall. In regards to your earlier project “Mailboxes” you have said:

“Mailboxes” isn’t really about the mailboxes at all. I just let them decide where and what I would photograph. It was random snapshots shot by chance of where I would find them. How will I photograph a given scene? What will be in the frame once I’m there? Can photos be created anywhere at any time? These were some of the questions I was asking myself.

And in regards to “Walks” this is a more recent quote from “Another Place” magazine:

The “Walks” photos are not about the path, although it might be visible. Instead, the photos are a method of discovery, of getting out, keeping focus, staying productive and alert. I see the photos as documentations, not of places, but of the brief selected moments when I stop and see that a composition has formed in front of me.

So we have two very simple titles that a representative of a methodology – one that is very Zen-like and also reflective of art that is produced through instructions (I’m thinking something like Yoko Ono’s “Grapefruit” book, etc). Both projects function through a kind of set of rules. Is this the case with all your work? And how do you create these working parameters?

These two projects have working parameters, but most of my work isn’t planned or shot as projects. The “Walks” aren’t really planned either, but I have parameters and a camera with me on walks. With both of these projects, and at the times, I’ve found it liberating to have some sort of plan or rule, because there’s so much to shoot and focus your attention on.

At WPG we are showing screen recordings of you GIF works (Gray Sky, Water 140620 & Wind) in an exhibition that explores new ways of both making and presenting photomedia. You have mentioned that you are interested in computers, the Internet and presenting works through websites as it is not a static medium like pictures on a wall. Can you tell us more about your projects and how they relate to your website.

I’d say more and more of my projects relate to the website. For example, when I did “Walks” during 2011 the goal was probably a photobook. Occasionally I updated my portfolio on my website with new photos to show where I was. For my restart of the project in 2014, I instead upload new photos to my Tumblr-run website as I shoot and edit. So the photos are basically single photographs, but belong to an open series at the same time. I think it fits the series and makes the website less static and more fluid. The same method is basically used for my gifs. I can’t say for sure, but I believe much of my future work/projects will be conceived and shown on an update-basis without any clear finish line, if one at all.

Importantly, much of your work is available online in PDF formats. People can download them, keep them, print them, etc. There certainly is something exciting about a PDF book being downloaded and printed in somebody else’s house, office, etc. How do you feel about that – is it part of the appeal?

The reason for making them was to make proper edits of projects and make them available in one place/file, as opposed to just website photos. I was also interested in how we value something free/digital compared to the physical/collected. If people download and keep them, I think that’s great and a sort of archivation. I haven’t made any PDFs for a while now and the last “digital book” I made was an ebook called “Grass” containing GIFs.

In relation to the last question, we have been in discussions with English photographer and writer Lewis Bush about a future WPG project. His project “War Primer 3” is also available as a downloadable PDF and works with appropriation and the archive. What do you think of that project?

Good to hear that you might be working with Lewis. We’ve been in touch a couple of times and I know about the project. One of the last posts at TDP was actually a short post about “WP3”. I think it’s a brave project, to dare make a comment that he believes in and make it in a smart way. That said, I also like “WP2” by Broomberg & Chanarin.

Can you elaborate on the GIFs? How do they function amongst your other projects and do you have some plans for showing them via alternative means?

When I started making GIFs I initially just sent them out in my newsletters. They were probably both appreciated and/or people didn’t know what to think of them. I liked making them though, it was challenging, playful and a contrast to just making photos. They relate to my photos in tone and content, and also because they are mostly based on photo/video material. Some of my photos may look like they’re 40-50 years old and they’re mixed up with digital animation. There’s something that feels wrong about this, but I like that friction. I’ve never had a clear plan or strategy for them and maybe sometimes that’s good.

I like that fact that it is creating friction and morphing into your other projects and platforms to present the work. Where else online (or elsewhere) can we see other interesting works created in GIF format?

I don't look at any specific sites, as I usually stumble by GIFs through social media: Tumblr, Twitter etc. "New media art" and "internet art" artists/sites/blogs might be worth following. Google Images can also be a pretty good source, now that you can search for GIFs.

As always Martin, we ask our interviewees what soundtrack they recommend listening to while viewing the project. Any suggestions?

Whatever YOU like, but maybe something instrumental.
Posted by Wallflower Photomedia Gallery at 17:42